The worlds first 60 oz drip coffee maker with the precision required to brew craft filter coffee, automatically. Experience your favourite coffee at its best regardless of its origin, age or roast with precise temperature and brewing time. With six unique brewing modes you can enjoy the perfect, balanced coffee exactly the way you like it. Brew a variety of craft coffee at home through customizable flavour and taste settings using a variety of filters to deliver the type of brew desired. The Precision Brewer automatically adjusts the water temperature and brew time to meet the standards set by the SCA. Breville's patent pending steep and release valve holds the water in contact with the coffee when small cup volumes are being brewed without the carafe in place, automatically. The My Brew Setting allows you to customize any of the parameters like bloom time, brew temperature and flow rate to suit the particular coffee you're using - whether its more floral, fruity, earthy and so on. Brew any volume of coffee exactly how you like it with the flat bottom & cone filter baskets, both included.

For faster service when you call, please have the following readily available: Provide the product model number (listed above) and the batch code (this is a 3 to 4 digit number). These numbers are usually located on the back or underside of the product, either on a sticker or an imprinted graphic. Have an original or copy of the sales receipt.

Love this machine. We have had it for 2 years now and it is the best coffee maker we have had. Easy Maintenance and the Cold Brew option is great as well!! 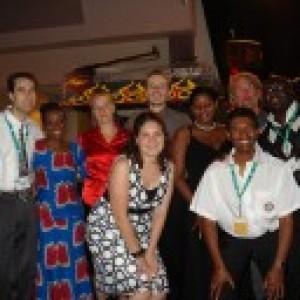 Great coffee. You get what you pay for. I do find the coffee is better with the cone vs the basket but still makes better coffee than most machines. Only disappointment is it does not come with the pour over adapter. It has to be purchased separately and fairly expensive.

Almost satisfied.....it doesn't appear to do the Bloom cycle when on Gold. Other wise it seems to work well.

Love it, except for one concern. It doesn't appear to go through the Bloom cycled when coffee is brewed on "Gold" Setting. Anyone else notice this situation? Bill

I was concerned about a lot of negative reviews that this coffee maker did not make the coffee hot enough, especially for small batches. The manager at the Ancaster ECS location the day I went in (unfortunately didn’t get her name) gave me a wonderful demonstration which dispelled any concerns. I have now been using it for several weeks (after having to wait for it to come back in stock - apparently they cannot keep it in stock it is so popular) and it makes wonderful coffee, which is very hot. I typically make 20 oz. I will say that that small quantity does not stay super hot in the thermal carafe for too long, but that is OK.

The Precision Brewer is an EXCELLENT machine. This is no small praise coming from me as I am one of those people that tend to look for the small flaws in something and find it difficult to give a 5 star rating. Prior to this machine I had been using a Braun, which, for all intents and purposes, I thought was just fine. I was absolutely astonished with my first pot from the Breville as the difference was dramatic. I had been purchasing coffee from a small batch, local roaster. It was not exciting, but not terrible... or so we thought. The first pot in the Breville was very flavourful, much more than it ever had been in the past. Unfortunately, we were not fans of the now evident flavour profile. For the next pot we tried some espresso I had on hand (for use in my Breville Oracle) and again were astonished by how much flavour now came from the beans. A mouthful of chocolate was followed by the subtlest hint of orange left lingering on the palette. We were blown away. Now, I do not profess to have an educated or trained palette, but these flavours were undeniable and had not been present before. I can only chalk this up to the machines various features: PID temperature control, assuring extraction at a very consistent temperature. A “bloom” phase where the grounds are allowed to soak and release most of the CO2 trapped within before the remainder of the water is released giving a nice even extraction. Without a “bloom” the water is heading down the grounds as the CO2 is heading up which breaks up contact between the water and the grounds, diminishing extraction. Other features of this brewer are: A timed start so you can wake up to a fresh pot of coffee. Programmable “my brew” settings so you can play with bloom time, brew temperature as well as the speed at which the water is introduced to the extraction. The quick settings are handy and, for the most part, adequate. Only a true coffee nerd will want to play with the “my brew” settings. It is able to brew “fast” or “strong” at the push of a button and a single cup is handled just as professionally as a full pot. When brewing 20oz or less (straight into your mug) the water is held in the grounds for a while allowing full extraction rather than running through the small amount of grounds too quickly. The carafe is of high quality and holds temperature nicely. It pours cleanly (no dripping) and the opening is large enough to get your hand inside for cleaning. The water reservoir is large, with a large opening that is easy to pour water into and the measurements are marked clearly on the side. If you don’t mind spending a bit of money to have the best cup of coffee you have ever made at home, you won’t be disappointed here. I would recommend this machine to anyone. Leave product reviews on our website for your favourite products for a chance to win 1 of 4 $50 ECS Coffee Gift Cards! Click for details >

Receive a code for $5 off your purchase over $50 when you subscribe to our Newsletter.